There were the usual Gozo easter traditional religious processions last night, and to be honest I watched a Hollywood bit of trash called the Mist instead, it somehow felt more appropriate, in a world were we just pay lip service to kindness, and concern, and instead blow people into itzy, bitty pieces, for no good reason. 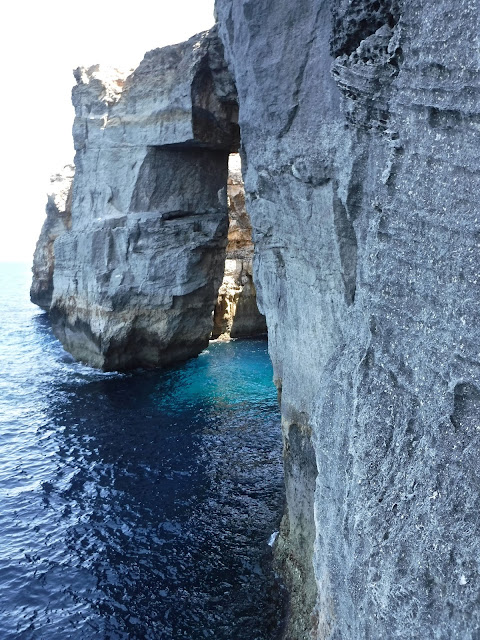 A sea window were you can't see the 200 tourists with selfie sticks on the other side dropping litter and making noise!

We skipped climbing on the window today, because there were simply too many tourists around, tripping over themselves, and throwing litter around. We went a bit further, and the noise was snuffed out by the sound of the sea surging around in a cave beneath. 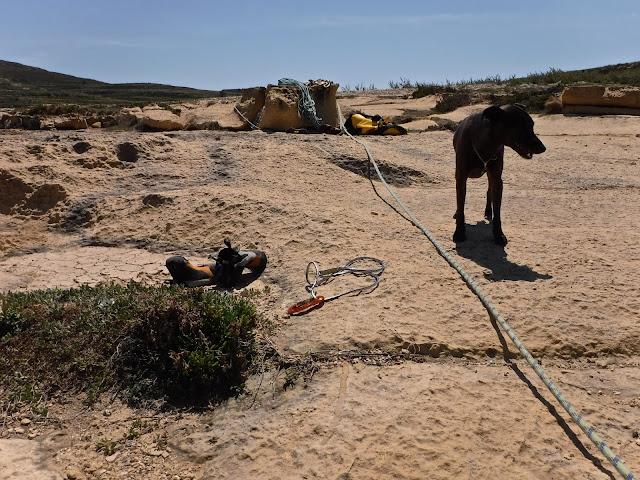 The rock in this region is so rich in holds, and colour, its like a hallucination, it's a trip, it's a bit edgy mentally too, there is a slight feeling of commitment, all though the routes are short. 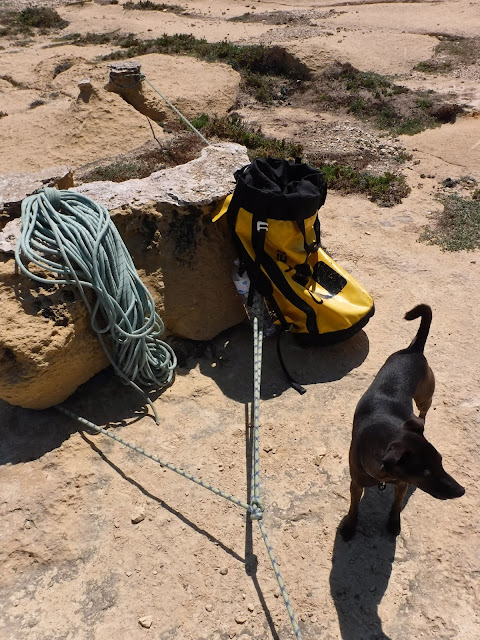 The Dag guarded the stuff, and the belay, until an almost alien being appeared.

You try to escape from the human world to ultimately have to come back, but sometimes even though you have escaped it's almost like there is a parallel universe just blipping next to you. While we climbed, cars kept on arriving, parking near our belay, crushing the flowers. The sounds of ordinary idiocy floated around, it was so intrusive you would quickly scuttle back down the ropes to climb. Even down at the water line we had four boats come to gawk! 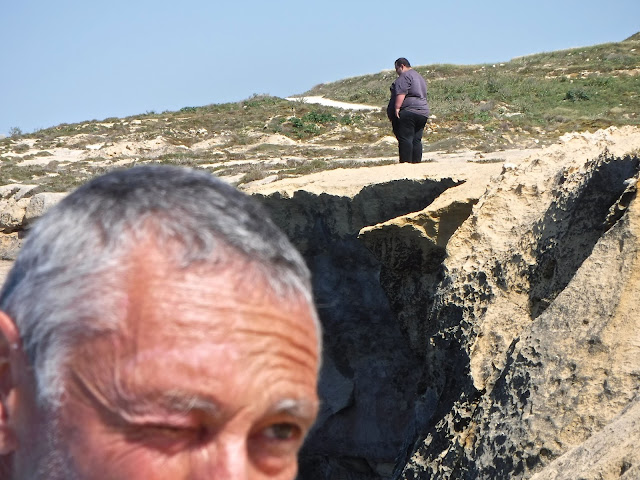 Be careful, things can fall on you from on high, and some rant exploding bombs, they are human!


I don't know what is going to happen in a few years, people just seem to have morphed into dolts with phones. Apparently wanting to climb and travel the less traveled route is regarded as strange. Strange to whom?
Posted by Stevie Haston at 08:19