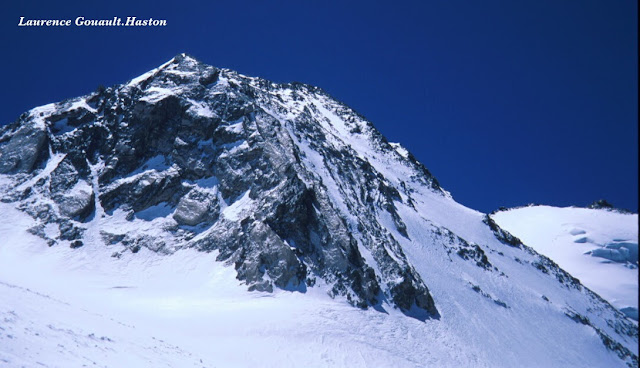 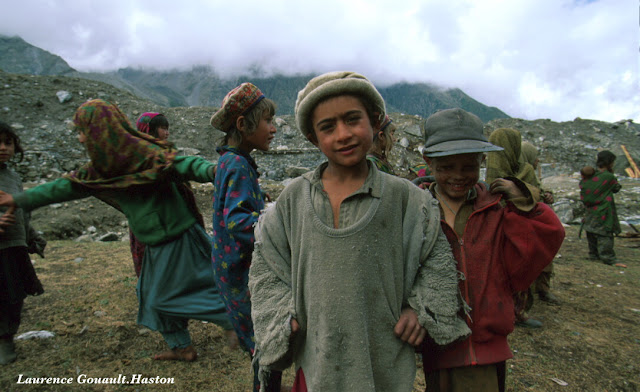 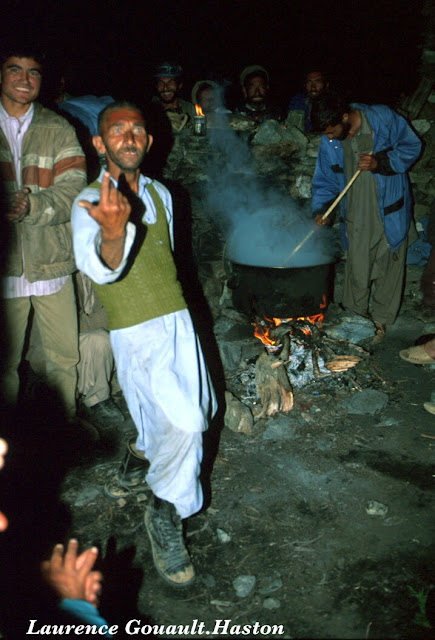 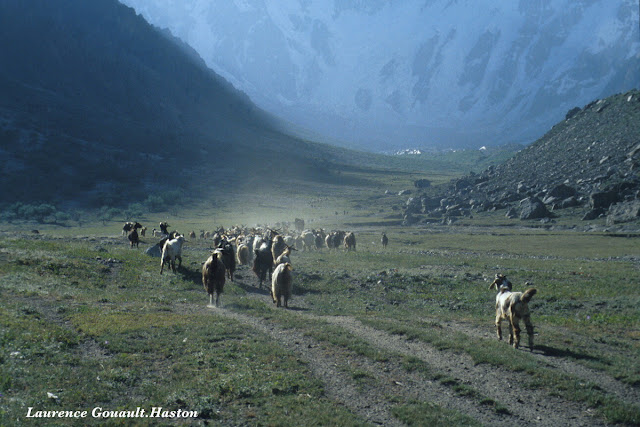 Gear and stuffs, by Stevie Haston 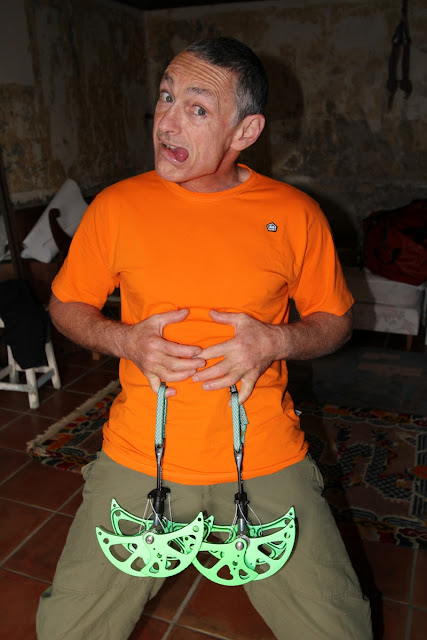 Two big off-widthing friends arrived from Wild Country, it means I now have the correct rack of gear for a certain crack in America. Thank you Wildcountry, these are light and do the job, I have one already and it's very good. 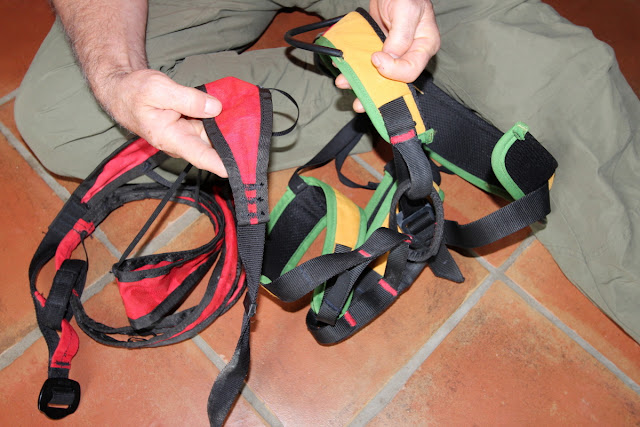 While on the subject of gear, I was in Britain and was astounded at the rubbish harness selection they have! Ok  Britain is a country where people don't climb much, and the average grade is 5+, but seriously some of the harnesses are just weird Health & Safety rigs for lumberjacks. Above are a couple of light do the job harnesses that I use. One was given to me by the V12 shop and it is really good, not too bulky thin at the hips for movement and takes a lot of climbing. Thanks Rob and V12. 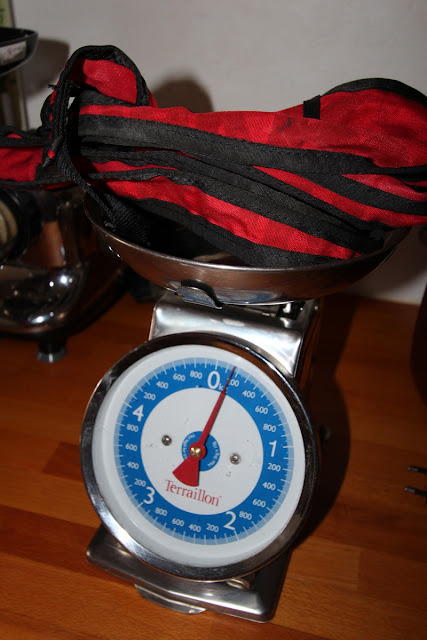 My favorite harness is this old Rocca from Spain rig, which weighs in at 180 grams! This harness or garter belt, is just as comfortable as any other, and you don't believe me! Thats because you haven't tried it, and are taken in by baloney, and nutty advertising shmazel! 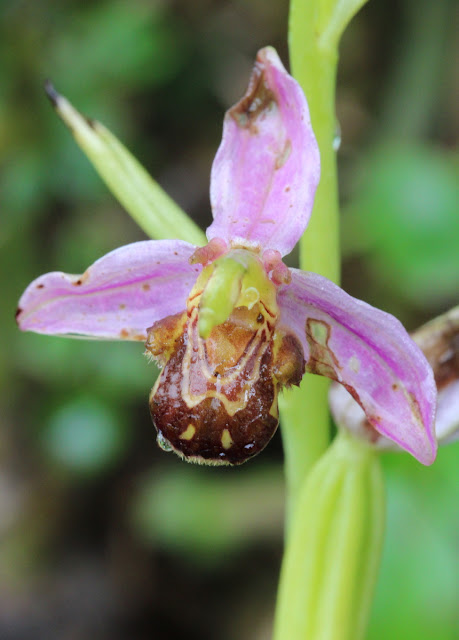 I do not guaranty that any of these products are healthy to eat, or Bio friendly, they do work however, I have not been payed to say this, its just a friendly heads up. Sadly I will probably never go to America to try the most beautiful off width  I have ever been on, so if anybody wants to give me a heads up on off widths I can hit near me, that I can get to by hot air balloon, I will be forever thank full.
Last photo is an orchid of course, trying desperately to attract bees, in a bad year for bees, I did some pollinating with a small paint brush to help, they said thank you.
Posted by Stevie Haston at 02:36

Weakness, strength and standing up, by Stevie Haston 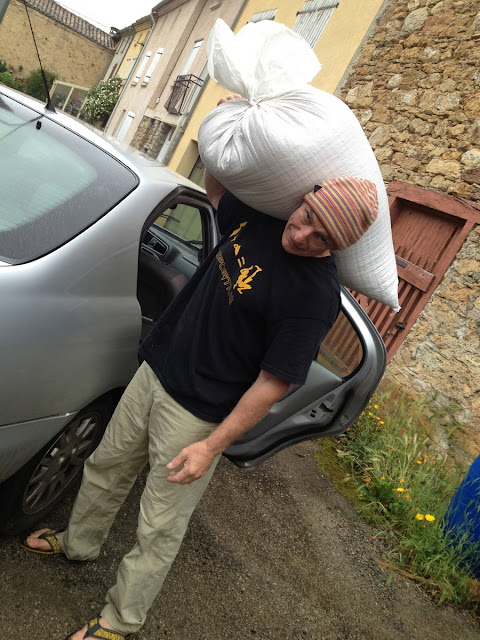 Just got back from Britain, its an evil place full of sheep! I am naffed off with Britain and hope never to go back. I hate Liverpool airport and their stupid so called security staff,  I was touched up twice despite doing everything they said, incompetant and unnecessary. I am a 56 year old grandad! A guy in front of me was searched, and the baby he was carrying, his wife followed with another baby, she was searched, clearly they were going to blow their own babies and themselves up, its obvious isn't it! They said nothing! I spoke to the extremely dim so called security staff, and whispered in his ear that I thought he had a  queer idea who terrorists are. He didn't like that and tried to make me miss my plane. Ryan air have another ploy to fleece you of money, they weigh your carry on bag inside departure twice trying to catch you out. 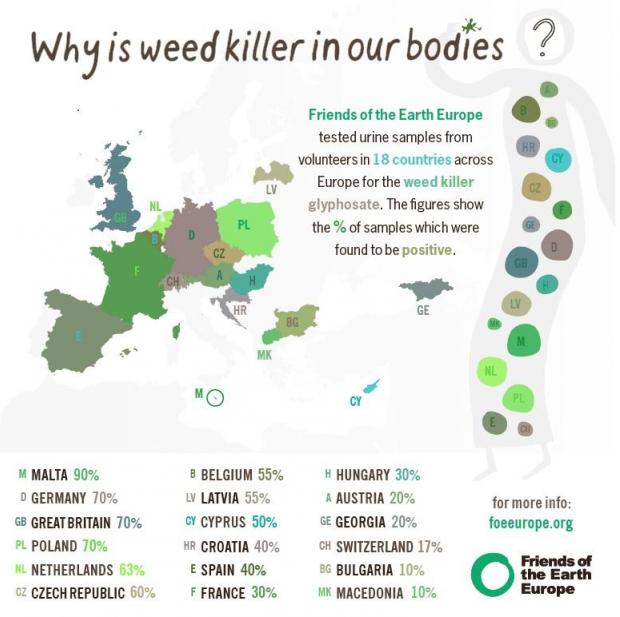 Malta is tops of this little chart and good old Britain is joint second! The Minister of Agriculture informed a friend of mine that Malta soil was safe in reply to a question of mine. The reason the soil is so pure is because we are using human Maltese kidneys to purify the soil -a cheap but possibly dangerous use of human humble bees- complain FFS. 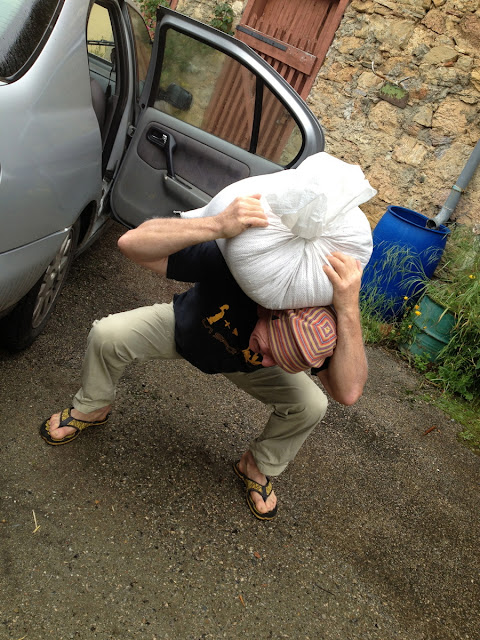 Stand up for your rights before you have none left. I couldn't do ten squats with this 50 kgs of Organic grain, it took us ages to source it, and because I am still sick from eating shite I could barely stand up.
While in Wales I did a route with my seven year old grandchild Harmony, she loved it. I also did marshal arts with all of them, and indoctrinated them about GMOs, pesticide and herbicide. I have completly stopped eating meat that isn't my own, and will change my nationality from United Kingdom of Sheep, to the Republic of Standup for Your Rights. 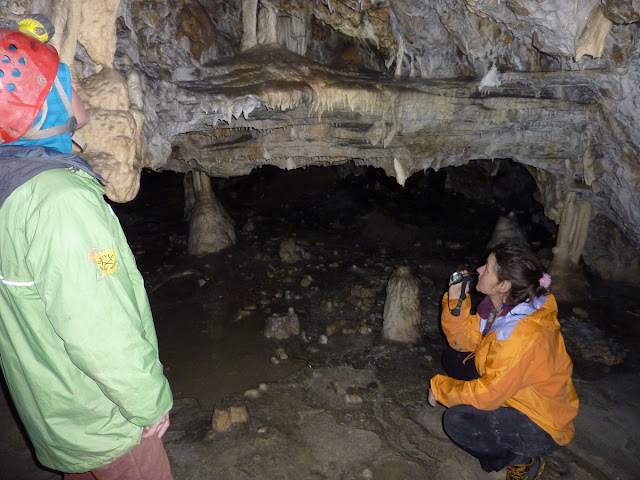 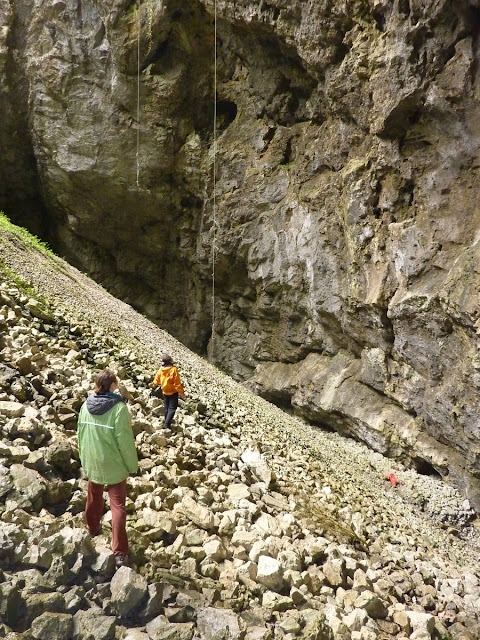 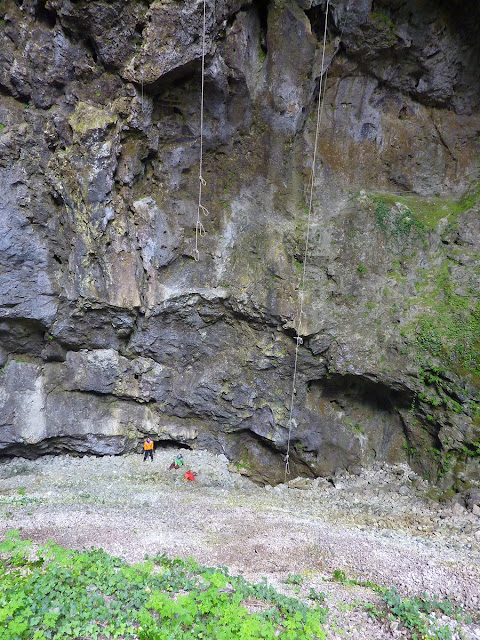 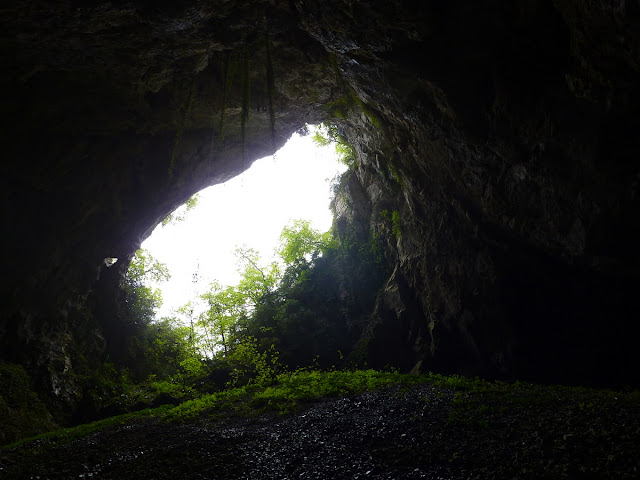 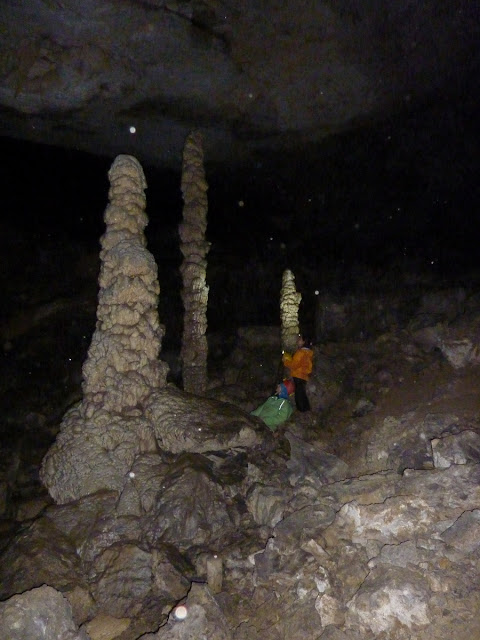 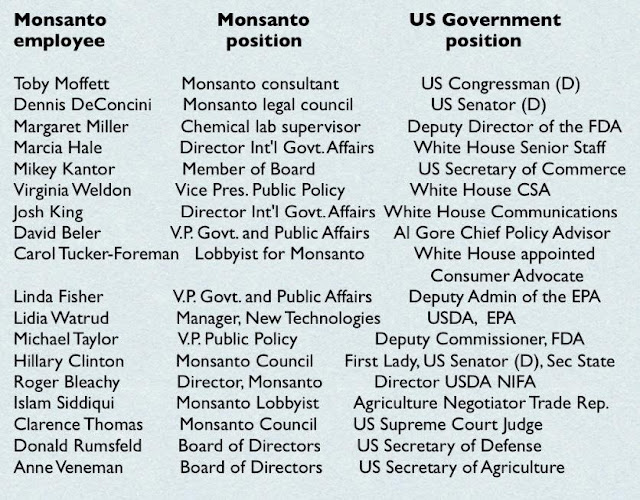 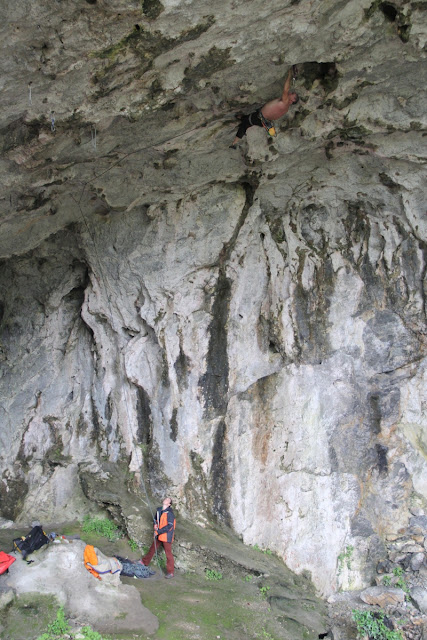 Kids, and family are here, in the worst spring and summer of 1OO years! The floor and roof of the cave are wet and going green. It's making the routes really hard, but the kids have been caving which is always great fun. Does anything give you the sense of discovery, and exploration that caving can? 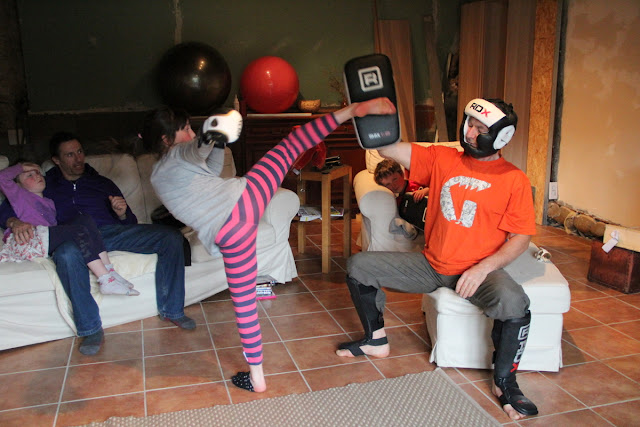 Indoor training, martial art based as two of the kids are up for belts. I still think after all these years that Martial arts training was the most valuable because of the discipline, it instils in people consideration, and respect for other people, whilst giving you a great all round workout. 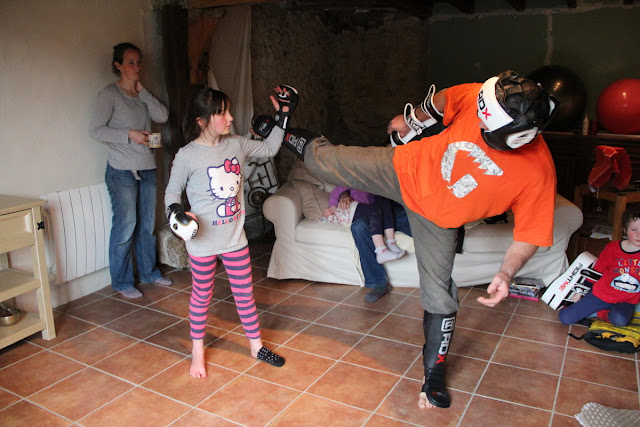 Melody blocking, when I blocked 20 or so of her turning kicks I developed quite a sore fore arm! 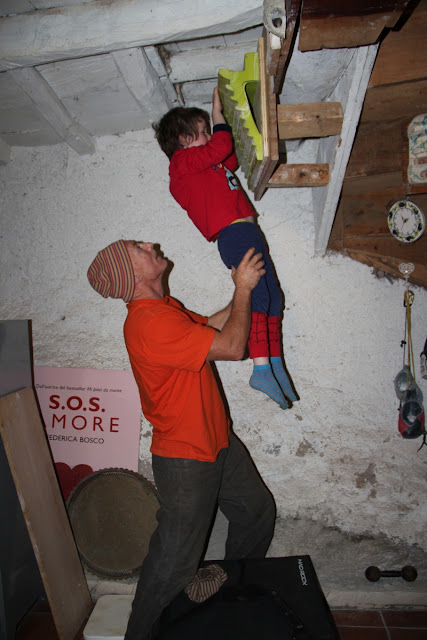 More normal stuff was done after an hour and a half of yoga where the girls really shined. Leo needs to sort out his pull ups and press ups, but he is very keen. 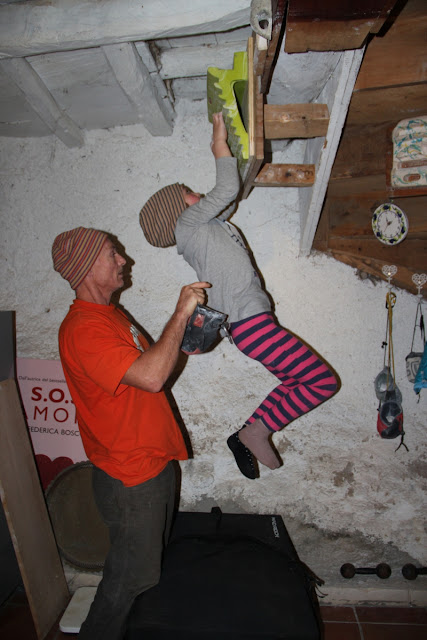 Melody is getting better on her pull ups, but is concentrating on her Black belt at the moment. 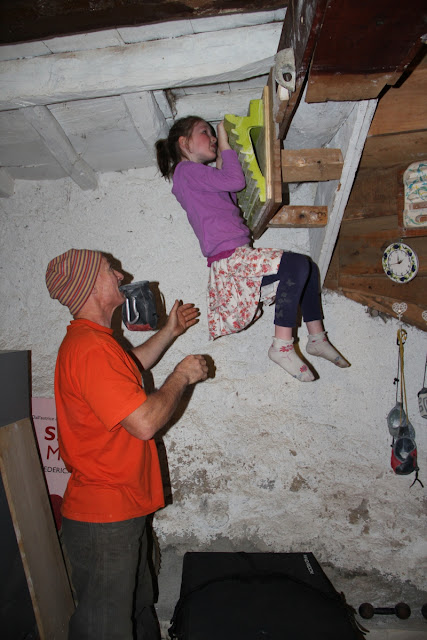 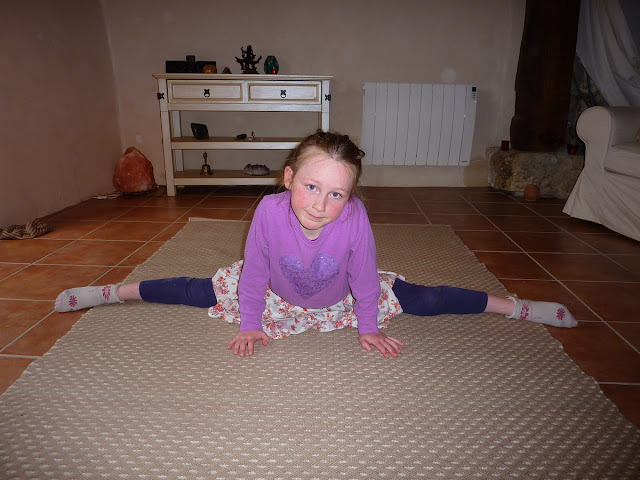 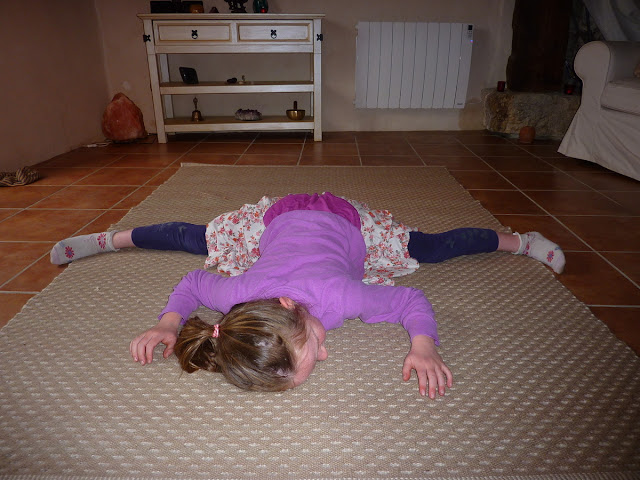 Harmony will obviously be able to bridge any groove in the world! 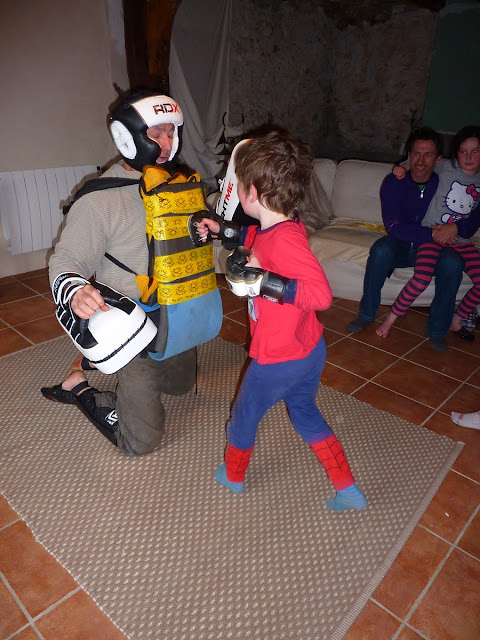 Grand Papi with eyes shut about to get an un-fore seen left cross from wee Spiderman. Foot work is perfect, footwork is half of balance, and its hard to have power without balance, climbers are often not very good in this respect. Still, climbing at high standard is only 25 years old, where as fighting is the oldest sport of all! For instance Thailand has 500,00 Naks or boxers, and most boys in Korea are very proficient at their national sport, Climbing is taking over in some places of the world, but its teachers are few, and not very experienced for the most part. Seek out good teachers, and the job becomes easier. Today there are a few, I live in a land -France- which has many, and you can always get a good lesson here.