Miha, today I miss you, by Stevie Haston. 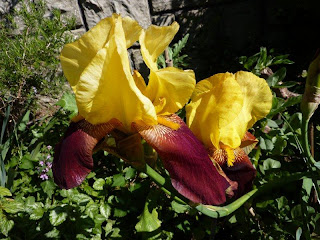 Miha you died two years ago on Cho Oyu, but it is only today I finally understand that you are not here. You were so young, and full of promise and fun, uncorrupted and hopeful, your death has robbed me today of some of the blue sky, and I will try to paint it back in because I know you would want me too. People reading this will not know you or indeed sadly, may never have even met someone like you and your passing removes one less chance for bright sparks like you to fly. I remember a conversation with you about how you were going to knuckle down and do less climbing and more money work, and you laughed, ordered another beer for us, and now that I think about it I cant remember if you winked at the waitress or it was the sun in your eyes. ‘Do free Rider’ you said with glee, ‘I have done it, not soo bad, and it is good, and you haven’t, how can this be?’ 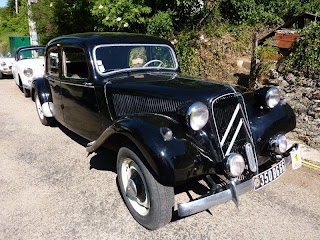 We all met in Kathmandu to do a remote mountain and there you go, I just remember the good times, the bouldering in the flowers. At the airport when we couldn’t get a helicopter and you were getting miffed I bet you beers that I was heavier than you and I won though you were so much taller than me. Do you remember we called ourselves the ‘happy morons’ and how we laughed, do you remember me cello taping my eyes all slitty to be funny?

You did so much climbing after you decided to do less, ha! All the 4000-meter peaks in the Alps in one winters season must have been good, a good one, bet you had some liquid carb, eh? Fitzroy, Nameless Tower, hard sport, what were you going to do when you were old?

Tomas and you are dead now, two funny guys less from that table which crumpled with beer glasses, I was injured and you wondered how I could be happy in crutches, and I said that it was because I would live to see another Spring and you demurred.

Miha Valic thanks for making a ‘happy moron’ laugh, a bit easy though, now if we were intelligent climbers that would be hard! In remembering you I will paint the sky blue, I will turn all slabs into overhangs, and make Laurence smile and laugh like you did. See you on the other side, Miha.
Posted by Stevie Haston at 02:13

I have just spent a week working in northern Italy, so I am tired; I have some lira in my pocket, met some new people and was generally more alive from using my brain, normal for northern Italy! If it wasn’t for the coffee, which is reason enough to go, I would be I in need of a sanatorium like in he Magic mountain, kinda consumption of the brain has taken place. 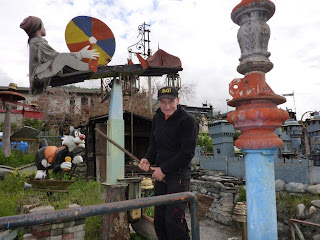 Wake up sometimes was five, stare at the wooden beam, make a pot of coffee, actually that should read, choose a coffee pot from the five in the cupboard, then watch it do its stuff, fill the nostrils, eat some carb and pop out for a run. Most days it was raining, but a few were clear, and they were divine. I would run up the hill, till I was opposite the Grande Jorasses, pausing to check gullies, dream a little, sometimes my whole person would inhabit a thought and I would take wing, flying up the snow slopes, swooping around the granite, going right at the hut, straight up the Tour du Jorasses up the route of the Etoile, then on to the summit and let my sight stretch its way around the big glacier basin and on towards the Dru. Wow! Turn around bright eyes, go to work! So around I’d turn and do big imaginary snowboard turns through the slightly heavy spring powder until I’d have to jump the huge seracs, and soar gaining a lot of air and wonder how I could ever get down to the road again. Spiralling down, an air corkscrew, Id lightly land on my feet and jog down to the apartment and a yawning Laurence eating her muesli, trying to do some yoga. Naturally she wasn’t the slightest bit interested in my Wizard of Oz reverie.

Off to work. Working with good, intelligent, gifted people is not so bad; it’s almost a pleasure. 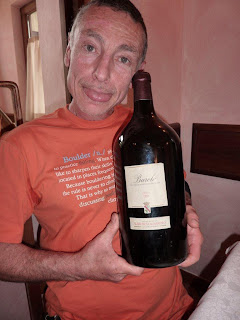 Lunch, and watching other people eat, not so good! So what that the Balsamic vinegar is brill, I want the pizza del Mari and the Anti pasta of God. More work.

One morning we went climbing instead, because we needed to work our arms, A cliff with a view, yet urban and two minuets from the car, a crazy overhanging cliff, so good, so steep, happy, yet not in the groove, timing wise. We got a bit spanked, but it didn’t matter. Met some local lads, all lovely boys, who showed us a bit of skill. A very enjoyable morning, and then a really productive afternoons work.

I have thought about living in this valley, and maybe I will one day, it does suit my personality, but I miss Ariege. Anyway in an ideal world I can have both, and life is not being unkind to me at the moment, even if I am not climbing so well. Have ‘golden dreams’ as they say in Italian, and I look foreword to returning to a climb I can’t do.
Posted by Stevie Haston at 07:35

Whether it is knobbier in the behind, by stevie haston

Whether it is nobler to blog, or to suffer the slagging of arrows, or work power endurance, is the question. The weather is up and down, mostly down. I don’t know if this has affected my mood, probably, as I do need a lot of bright light, or I get depressed. A meter of snow fell in May and its burden of heavy snow broke thousands of trees locally, a sad thing in deed. My garden suffered, so the roses are late, and we will miss about half our flowers. I felt like crying more than once. To top it all, one of my favourite cockerels drowned in a water bucket, his name was Napoleon, and he was a dwarf, with the spirit of tiger, his little harem miss him awfully.
Anyway that’s not the point, the point is to blog, or not to blog. As a diary a blog s good, it’s good but not private, it takes time, and is a burden, there is little up side. I have been working a lot recently, mainly writing and some working on climbing products, which has meant little time for other stuff and yet I cant help but say, that the people who have written and told me they enjoyed my writing have cheered me up. So I’ll try to blog for them.

There has also been the problem of the month of May itself. May is so blooming pollen crazy that it’s had me ill. I love May, but am allergic to pollen. Here’s a funny one, all my life I wanted a Wisteria, I adore their blossoms, and for two years my Wisteria didn’t blossom and I was sad, but since then its gone mad and pumps out huge quantities of mind numbing, heavy pollen. Every day is a battle not to chop it down, a bit like this blog,

I love the people who enjoy my stuff, after all they must be intelligent, and like-minded, and obviously if you don’t like my stuff you are clearly of an ugly disposition, and are dumb, and do not disserve Tiramisu.


Laurence warming up on an 8a-progress for her! 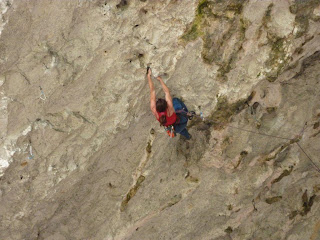 There is another problem, my climbing is in a hole. My climbing is vacillating, and lacks true direction. And I can’t enjoy it in the way I can a run in the woods, or a bit of caving. I keep wondering if that’s it, it will just decline. I so enjoyed being good a while ago, it was such a rush, I thought it would continue. But it’s very much like my garden I am afraid, it needs mucho work, and the storms will do their damage wont they. While in Italy, I tried a route I would like to do, but of course the problem is that it’s hard, and very much not my style. It’s 28 meters long, power endurance all the way, no rest no shake out, start and go till the chains. It’s magnificent in its simplicity, but it will require a lot of effort from me if I am to be even a serious contender. Still there is a similar route for Laurence on the same cliff at her grade, so it might be interesting for us both. Perhaps she will drag me up out of the little quagmire I have sunk in. I don’t know if any of you have done power endurance, but its weird stuff. If you have done any running I would compare it to running an 8OO meter race, you can give out anywhere in the last half, absolutely anywhere. Its also funny in that old age, or any age other than perfect age, is supposed to affect power endurance. You get vets still good at longer distances but not at the 800. In climbing there are good examples of many older climbers being very capable but not at super power endurance, or comp type routes. So it might be interesting if I knuckle down and try, cos I think it’s a hurting thing, it’s a terribly hard thing to do and train for it. I need courage to start it, and courage to train for twelve weeks, all to then probably fall off just short of the chains. I’ll have to mortgage my soul to the devil, where is the horny red blighter when you need him.
Posted by Stevie Haston at 07:31

A tip for running in the rain, drizzle or snow, is to use Gore-Tex running shoes. I have been using them a lot recently and think they are ace. Even when its not raining but there is heavy due in the grass they are great. They are a little warmer too. As soon as it warms up change to a more breathable light mesh if its dry, because hot feet are worse than wet feet in my opinion.
Posted by Stevie Haston at 07:28