It seems increasingly important to have at least a selective memory nowadays. If you climb in a country with only a few good routes, or live in a country with a corrupt government, how you see things, and how you grade, or take pleasure becomes plastic, and variable. Special glasses are now being sold by governments, guidebooks, and marriage brokers/dating agencies! 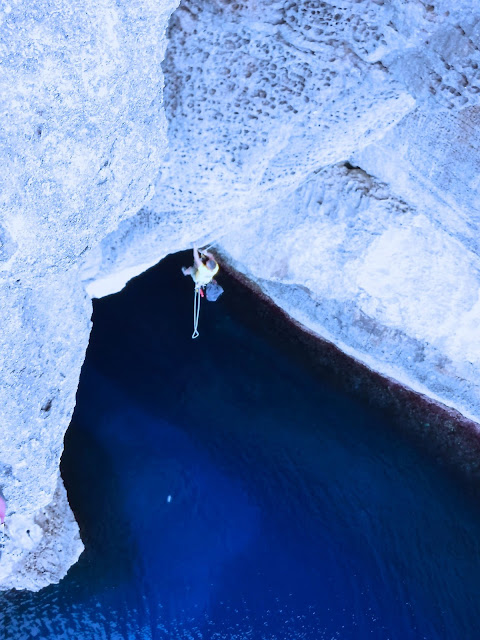 slightly out of focus photo, no problem, put your glasses on.

A visiting climber the other day cornered me, and told me my grades were not right! I was a bit hurt, and I explained they were correct as far as I could make them, and I had a bit of experience in this department. Still he wanted to inflate them by at least a grade, I replied "be my guest"-you see, that was easy.
If you go to some places you get holiday grades, here I am afraid you get grades, bog standard, good old French Boux grades, you know, like where they were invented! Fake grades now, what ever next. 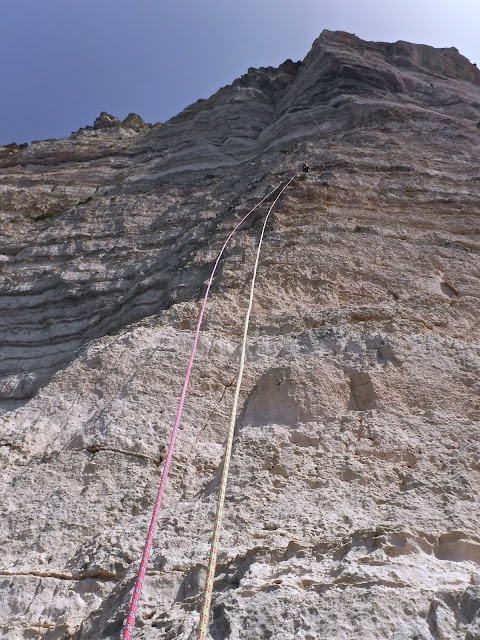 Looking up the 140 meters of Bernadino F.

Grading is hard, it's obviously a bit subjective! On the big cliff the other day, I had some slight anxiety for a few seconds as I started the four abseils, and when I started on lead on the second pitch. Normal fear, changes grades, abnormal fear changes grades abnormally. 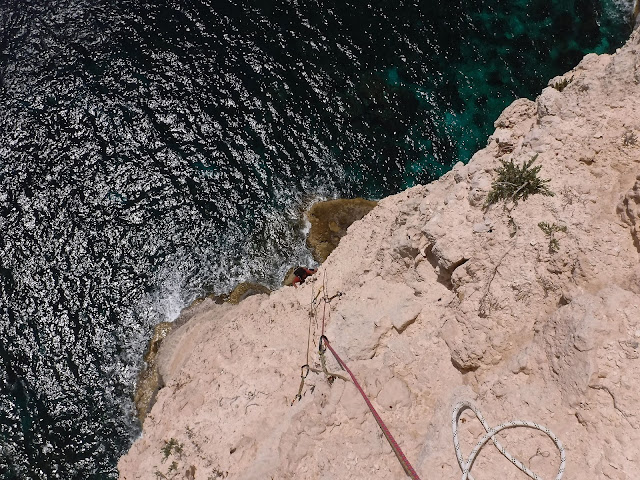 Solly showing no fear and being strong, later that day affected by the sun he slowed down!

In France a great country that I do miss, they had an adjectival grade which was on top of the Tec grade, a bit like the old UK system, I loved it. The top grade was Abdominal, or ABO for short-oh how I loved that grade, I used to seek them out when I was fit, and felt the sap rising. Nowadays I would probably collapse into a catatonic state if I was teleported onto one. Grading climbers as I used to say, might be easier than grading climbs, and is just as applicable. 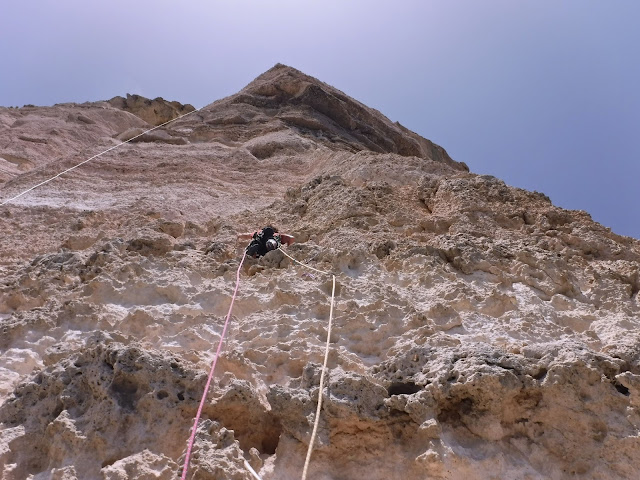 the sharp feature above Solly has been climbed, Bernadino goes to the left, and belays about where the rope is!

Kindness should be graded, empathy should have numbers, we should all have them tattooed on our foreheads so we can judge each other a bit easier, what do you think? 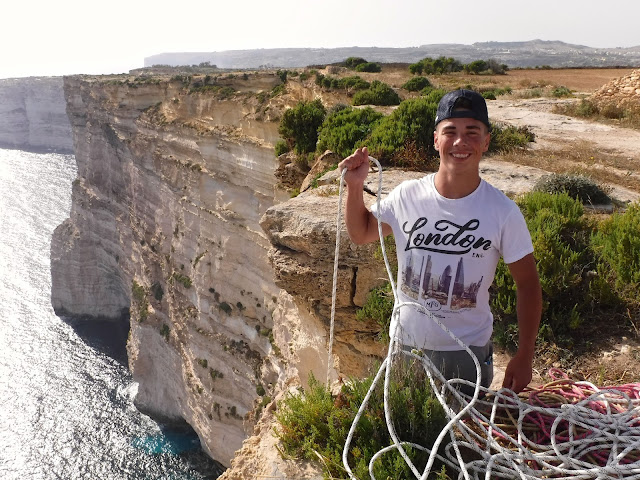 Dustin helping out, he wants to do that route he said, but its a bit too hard I think.

Is love graded? I suppose it might be, by some people. The prostitute lover of a previous Prince of Wales kept a stud book grading her lovers, but sadly that has disappeared, I guess it would, wouldn't it. It was alleged she got off a murder as well, due to having, em, forgive the pun, connections!