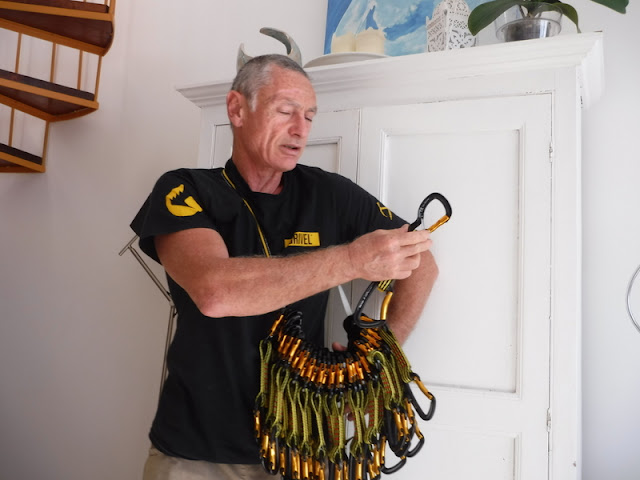 A rack of Grivel quick draws.

The Grivel Captive carabiner is the best quick draw I'ave used for sport climbing. It's good for several reasons. Give these reasons some considerations, and make your choice of whether it's good for you.
First reason, the top carabiner is captive, and so it can't turn over, or spin. 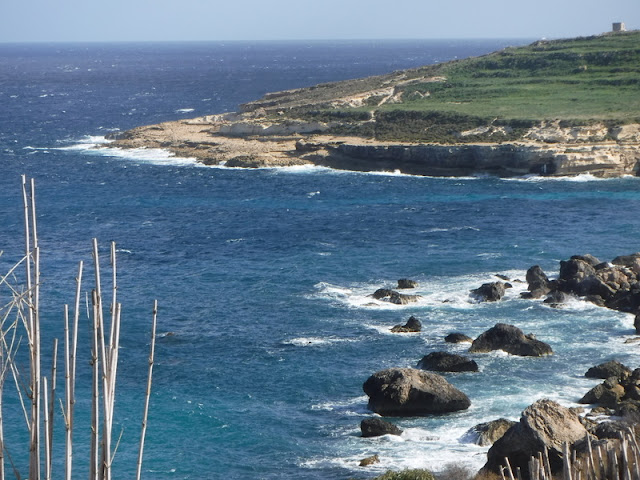 So understand that if the top biner can't spin around it is always orientated, and thus loaded on its major axis, in this case 23 kns. The captive has nice geometry that eliminates cross loading, which is a caribiners weakest orientation. 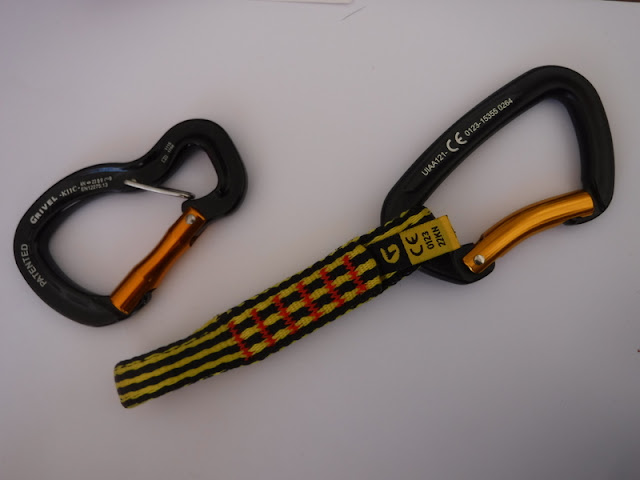 the Captive comes with a fat nylon draw, and a bent gate, or wire lower biner as options.

The Captive was designed for sport climbers who wanted a rugged long lasting carabiner, that was easy and safe to use. Sport climbing is supposed to be fun, after all. With this in mind we beefed up the draw itself, so it is easier to grab and hold. We also made it out of nylon, so it's less slippy than the lighter Dyneemer we use on our lightest draws. 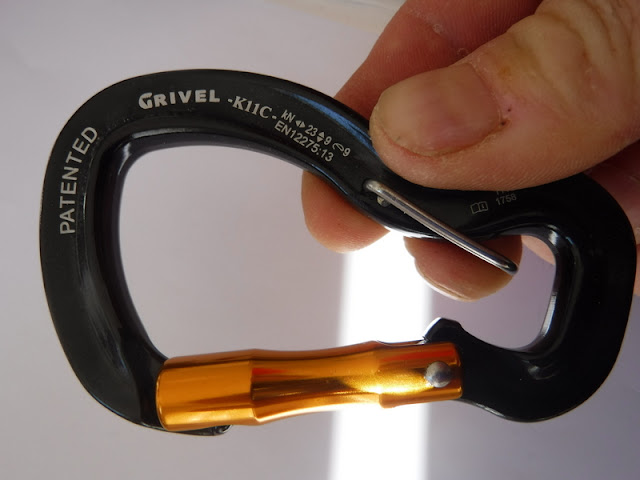 The Captive showing the spring that allows the draw to "clip" into place thus ensuring that the carabiner can't revolve and be miss lined.

In all quick draws the top biner can not be fixed tightly otherwise this vastly increases it's chance of unclipping. The bottom biner is now normally fixed in it's orientation to make sure it's aligned for quick clipping. There are various ways for the bottom biner to be fixed, a simple rubber band, or more complex rubber band, or even tape. Some of the most popular fixes at the bottom biner, are rubber fixtures that can be incorrectly fixed as happened in the recent death of a young climber. Our fixture is sold fixed so it is correct, and at the same time open to view so you can verify this. It also sticks out a bit so as to shield the wear on the rubbing point of the lower draw which normally moves around a lot. 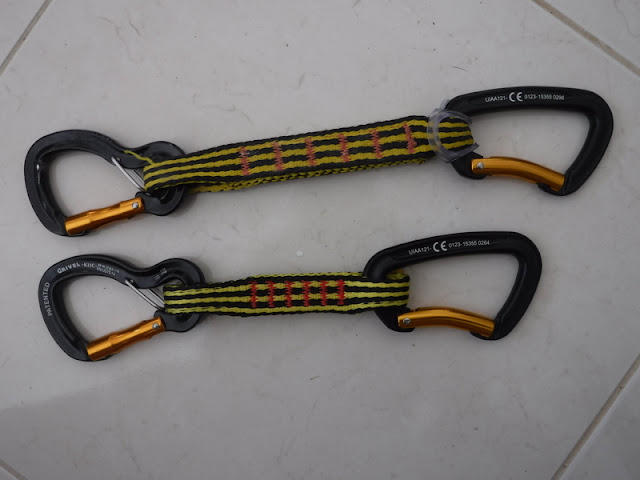 In the above photo you can see the biner keeper on and off! Take a good look-you can always see the biner is actually clipped to the nylon sling so it is correct! Also note the lengths, there is a medium, and a long. That's 13cm and 18cm. Lastly these draws are always the right way up on your harness so when your going for that real quick clip the "fast draw" (thats why they are called draws) the quick draw is all ways the right way up, thus eliminating all that fumbling. Anyway there you go, look at the facts and details, see if it suits you. It suits me for Sport climbing, it's rugged and strong. I will be using it.

If you want to watch a video of me looking like Einstein explaining the Captive theory of Relativity check here at the Grivel factory. Or here at Ispo.
Posted by Stevie Haston at 02:28