The access to climbing in America, and even little Gozo is of "HUGE" significance, forgive me for the reference to Trump, talking about access without talking about politics is impossible. Sadly, and most worrying for climbers, and other out door people, its politics which we must often enter to protect our right for recreation. 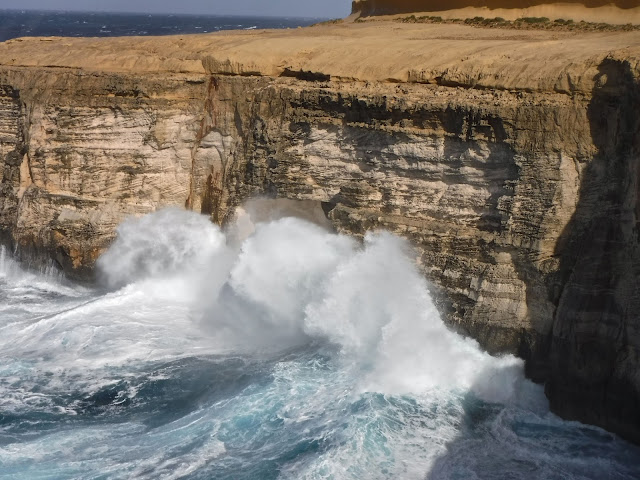 Fairly normal pounding on the north coast of Gozo, twice, or more a winter these waves are over the top of this cliff, it's 30 meters high! A fence on top of the cliff will not stop a wave, it just stops a person recreation.


As Trump gets rid of the EPA, and the Republicans threaten public lands in Utah, and Obamas last Nationa Park, the outdoor industry mobilises, and hits back! Here on Gozo, Malta, Germany, Italy, Spain, we have a lesser, or greater voice. The Alpine nations have often a greater voice in climbing, skiing, and other outdoor activities because it is part of the culture. Here on my little island, locals have climbed the cliffs for perhaps millennium, but people have forgotten its part of our culture. The island of Gozo is looked at as a cash cow, property trumps all, then day tourism. Climbers have very little voice. 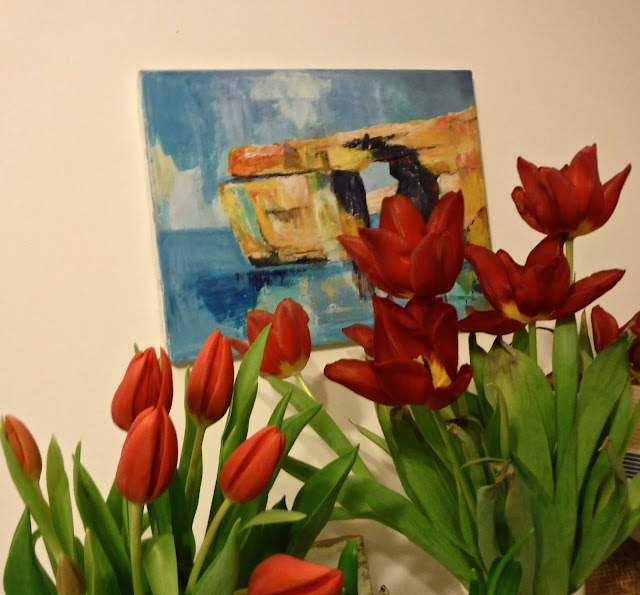 The Azure Window as it was, before the once in a hundred years storm , 4 years ago.

In the USA the biggest clothing manufactures have pulled out of the annual trade show, which will loose Utah millions, and millions of dollars! What will happen to Gozo, and Malta if climbing is restricted? The island will loose valuable revenue, millions of euros! All the good work done by the local climbers since even before the second world war will become null, and void. Worst for me is there will be less naturally occurring sport to stop the countries young  from being seduced by the delights of over eating, and Diabetes. 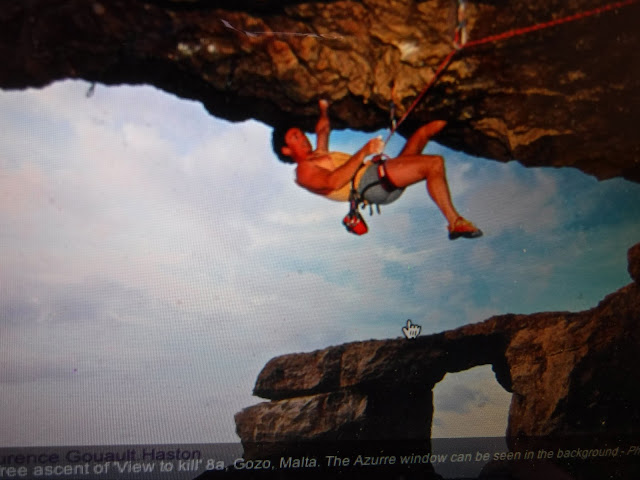 This is a copy of  a great photo of a great route on Gozo, it has brought huge amounts of people to the island and with them their hard earned dollars, and euros.

If you look at the waves here on this island, you realize  that you would be like King Canute trying to stop the tides if you tried to safe guard sea arches! Who normally gets restricted? The small guy gets restricted! The sea will not get restricted and can't be! At the moment we have huge pressures on the environment on Gozo, and Malta,  I will list them in no particular order;
Car and CO2 emissions.
Rubbish dumping on land, and sea.
Property building, and over crowding.
The huge burden of an overwhelming tourist industry in summer which is not spread evenly through the winter.
The destruction, and killing of marine life, through pollution, and destruction of the sea bed due to the bunkering of ships in exchange for money.

Much of the above is obviously a money for something type of exchange, but who benefits, and who suffers? With the restriction of walking, and climbing freedom on the island, it is both the valuable tourists money we won't get, and the local peoples health which will suffer. Thanks,  a big thanks for every body who has helped me personally with climbing, and everybody who has come to Gozo and Malta to enjoy our climbing.