Citadelle of Joy, by Stevie Haston.

The summer is here three days a week, the rest of the time it's fairly windy, with choppy seas. The flowers are going mad, and the migration of birds is happening. A few Kites flew over, and 6 storks,  a Hoopee with its crazy head plume flew underneath me while I was cleaning a route, it all felt grand. 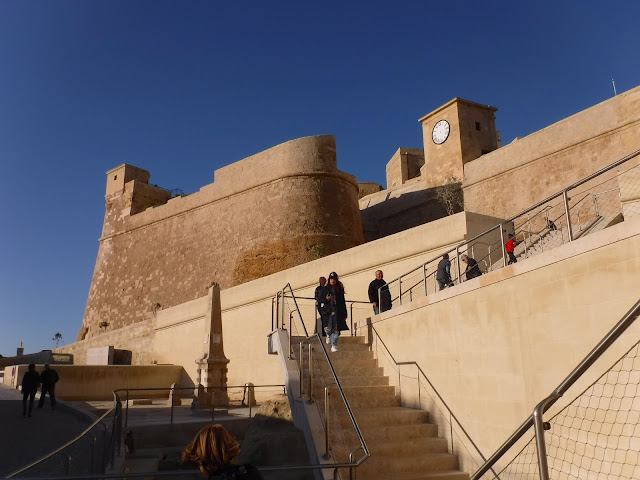 The Citadelle in Victoria, locals call our little capital Rabat, its old name!

There has not been a cessation during this winter of tourists, they are here in numbers, are we to become like Venice, sinking into a swamp under the burden of making money? 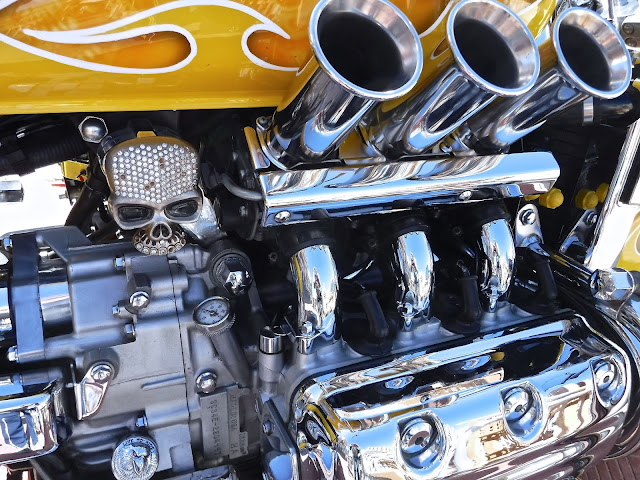 We are a 12 kilometre long island, that is why you need 1500 cc of motor bike, did I say our longest straight bit of road was a few hundred meters?

Climbing is such a pleasure, meeting other climbers especially when every thing they do in the sport is new, and wonderful, is probably the best bit. 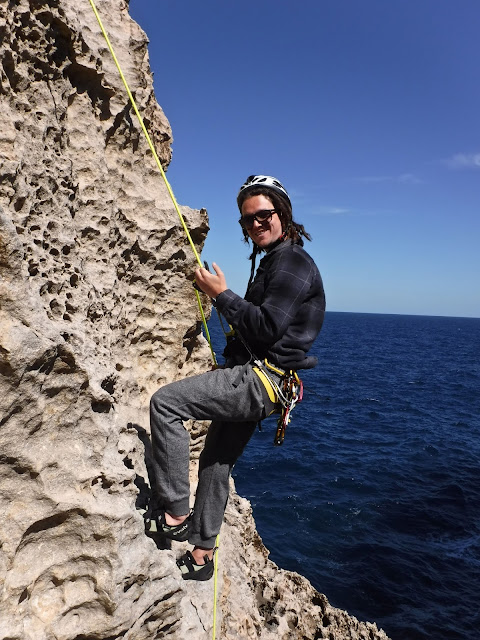 Marks dreds nearly didn't fit in the helmet, have to design a helmet for dreaded climbers.

The stone is good in the sun if there is a breeze, if not it's too hot. Where did spring go? 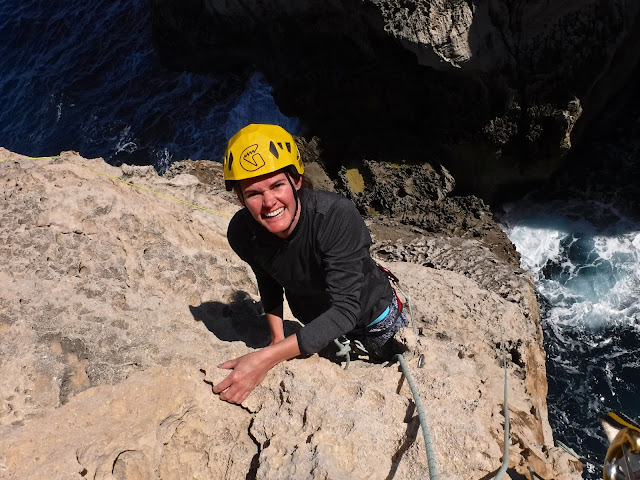 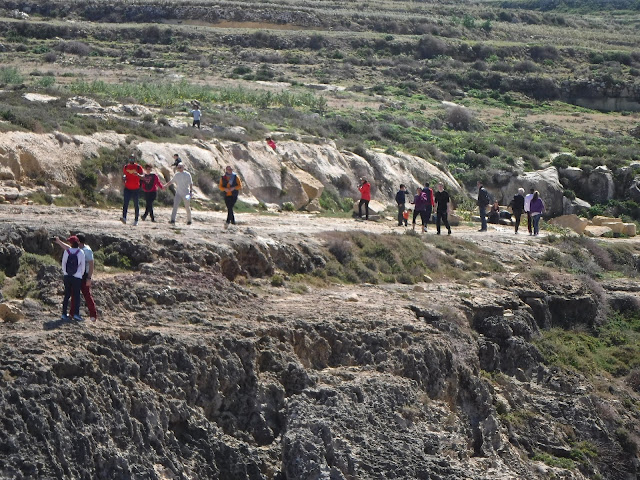 New crowds visiting the cliff we have been climbing on for 40 years with out a complaint or problem, one person called the police and said we were doing bad things. Bad things! Leaving litter is what lots of these people did, bottles, beer cans.

Today I went climbing, it was very good, talked to a few farmers, who were asking about climbing, all pleasant and jolly, if every body was like them it would be easy. 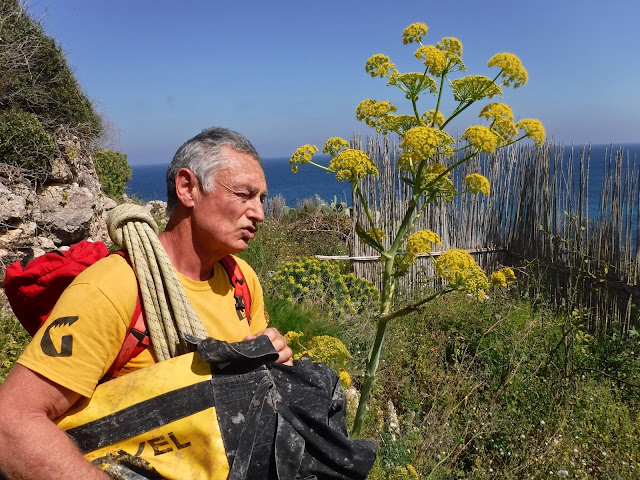 bob giant fennel behind me, I am there to give it scale!

It's going to be hot soon, and the caves, and shady cliffs will be my home, time to get seriously arboreal. Fat as pig Guinea pig, and about as handy at the moment. Hard routes seem far away, a distant promised land, but certainly I will visit them again.