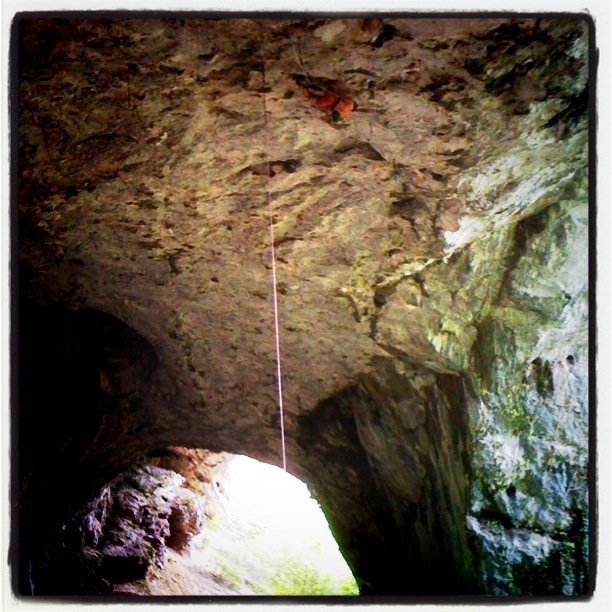 Not having a great few weeks, the training is going slooooooow.


That’s what training does-it goes sloooow. But this slow time has at least giving me time to think, and re-think. I have with a bit of thought re arranged my finger board set ups, which are helping my Shoulder Impingement, this is a great success, and I advise people to look a bit more closely at their training to minimize self inflicted damage.


As for real standards, this is interesting because there are two criteria for climbing hard, but which if looked at closely, are at odds with each other. Climbs are basically either hard because the holds are small, or hard because there is a lot of gymnastic climbing, the two if taken to their extreme ends are mutually exclusive. This is leading to a great deal of confusion in climbing and stupid reporting in the climbing press. 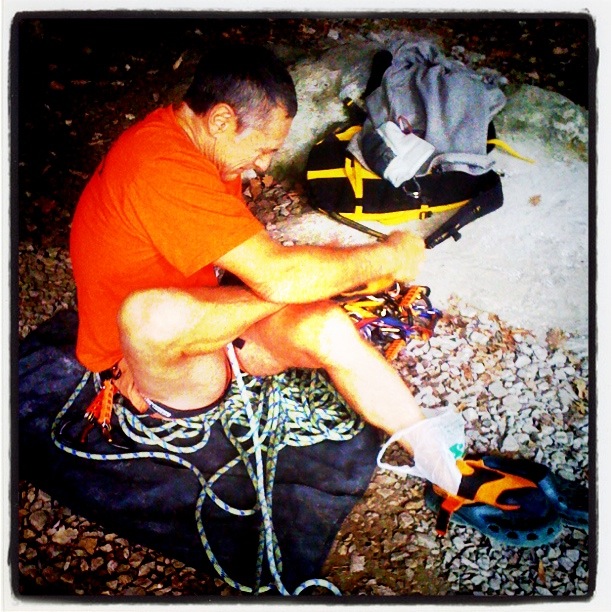 Most people won’t understand or don’t want to understand, climbing is confusing enough they think. But try thinking about it. If you really wanted to pull on small holds you should just starve yourself to death-this is in fact the strategy of the majority of climbers above 8b. It produces a climber of either sex at a BMI of 18 or less. And when I say less, I mean like one competitor having to go to hospital after a major comp. Funny how that never made it into the news, isn’t it. So when you are down at a BMI of 17 there is no advantage in being male, that is you don’t need testosterone, cos in reality you ain’t got much muscle. In fact what you need are small fingers, and fast movement, so enter the androgynous youth competitor. If you think this is sour grapes, think again lots of climbers actually think climbing grades are ‘Whack’, but we are just too dumb to come up with anything better.


Now then when an athlete reaches their individual plateau at low weight, (it’s a little different for each one) they try to get a bit stronger, and in so doing they get heavier. The heavier you get, very obviously the less easy it is too pull on small holds, or should I say tiny holds. It’s actually a vicious circle, the most vicious circle of all.


Now then what people don’t understand is for certain routes the difference between the correct weight and ridiculously heavy is only a few kilograms.

I phoned up two mates for advice recently, and they both said the same thing-ditch the weight. Not ‘get stronger’ just ditch the weight bro’, one actually said ‘you fat fooking beast, at your weight I’d break my fingers.


This is very funny because I have been trying to ditch the weight, bro. To ditch the weight you must stop eating, and in my stupid, stupid way, I have forgotten that, that’s what it takes. It’s a hard sport, climbing is like gymnastics, but maybe worse, in gymnastics 50% of female competitors have eating disorders. In climbing we lie about it. Apparently we don’t have anybody in climbing with eating disorders, and yet I’m continually out climbed by some of the thinnest people I have ever seen in my life. I’m obviously suffering from the wrong eating disorder.


Today I went on a great project, but obviously am way too fat, I am a strong bloke, but being strong just doesn’t cut it. So I am going to lose more than 10 lbs, the more I lose the higher up the grade list I will get. It’s going to hurt, it’s going to hurt a lot, because I am going to try to lose some leg muscle too. And when I do all this losing of weight, fat and muscle, I will still not be anywhere close to the 17 BMI of elite climbers. And that my friends is reality, so it is very doubtful if I will ever get a hard route. The only plus side is that when I go climbing, the effort I am putting in, is the equivalent of a good climber with a weight belt on!
Posted by Stevie Haston at 07:18