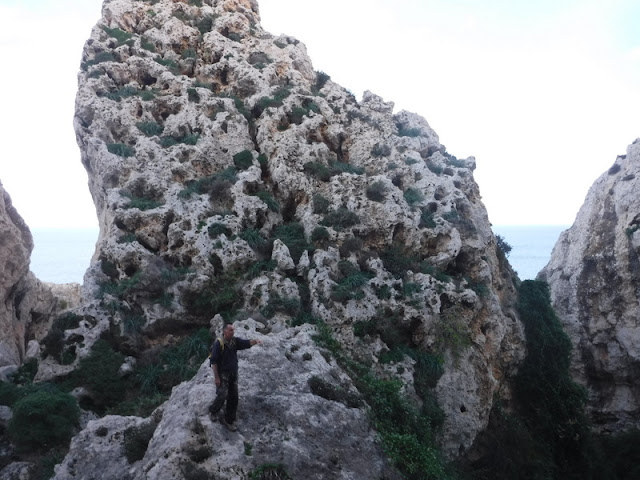 The Mista Rocks area on Gozo has long fascinated me. I went there first with my grandfather in the 1960s, it hasn't changed much since then. The only people who went there in the old days were the odd subsistence farmer, and fisherman like my grandfather. 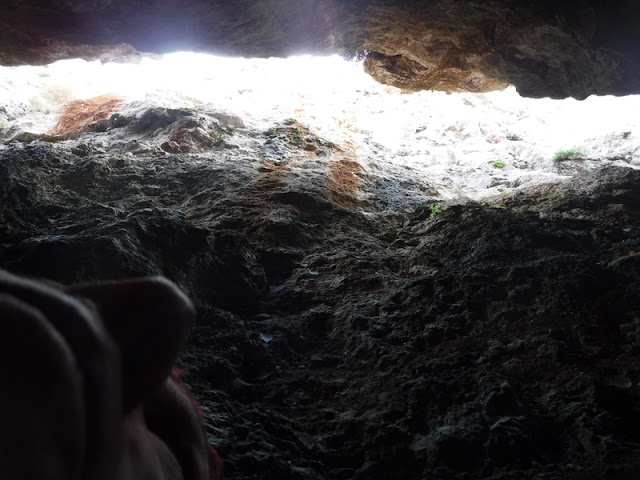 In Maltese this area is known as Jebel Gbere, and was thought dangerous, and indeed until recently it was. Today there is a path most of the way for the round the coast pathway, but the trekkers get lost occasionally.  The itinerary portrayed in this photo sequence is a more exciting loop around the cliffs, and inside them. 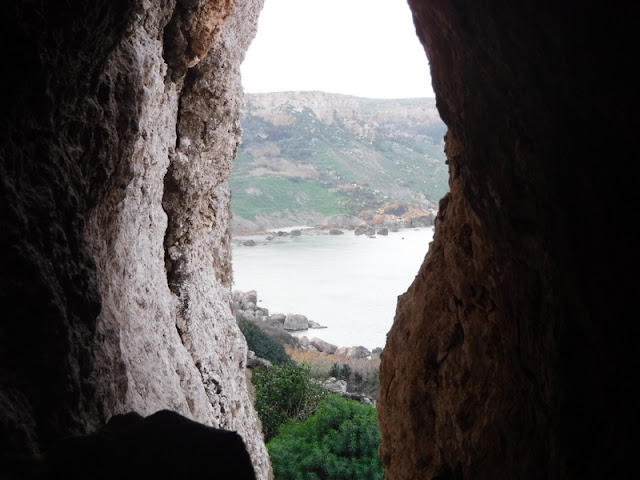 This area has been climbed in by me for 40 years, but the fishermen,  bird trappers, and Caper gatherers have been climbing these rocks for millennium. 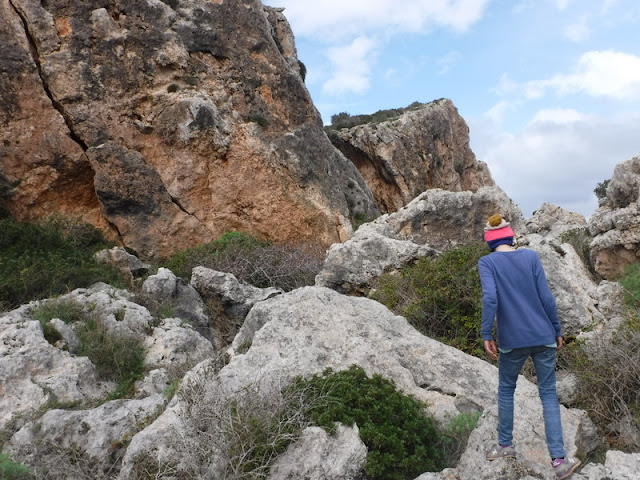 Emma 12 avoiding the smaller pit falls before things get big. 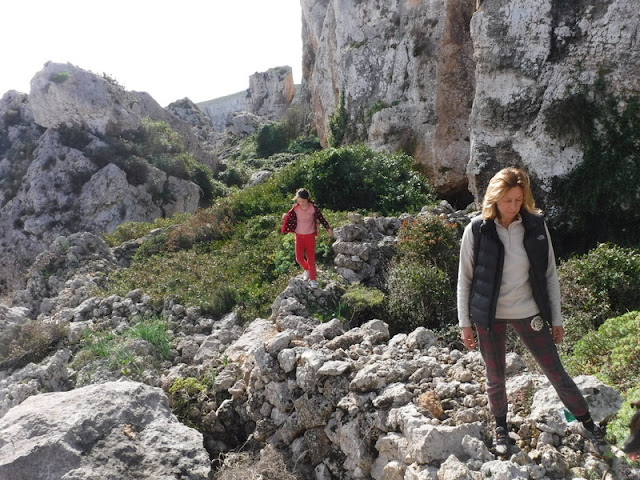 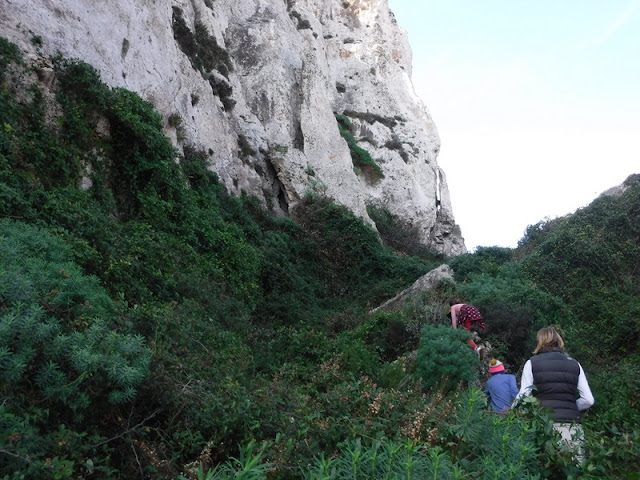 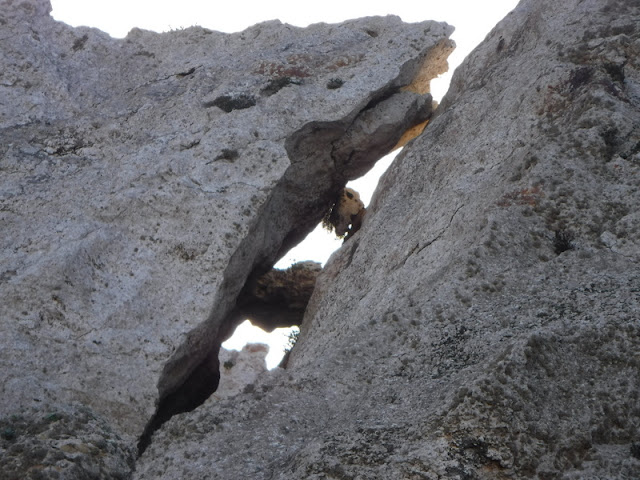 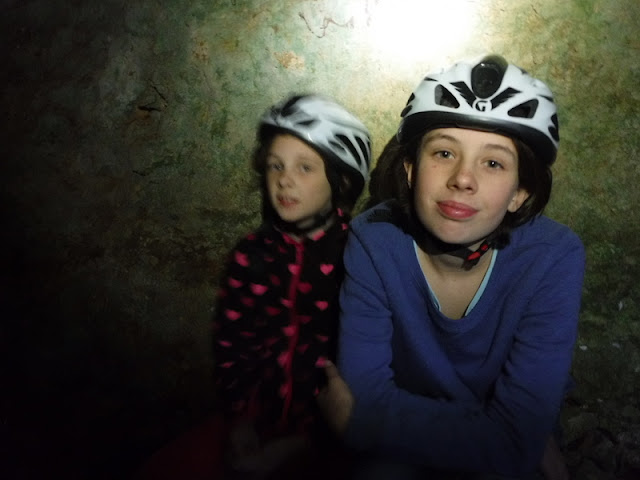 Inside the cliff, helmets, and a short rope are required. 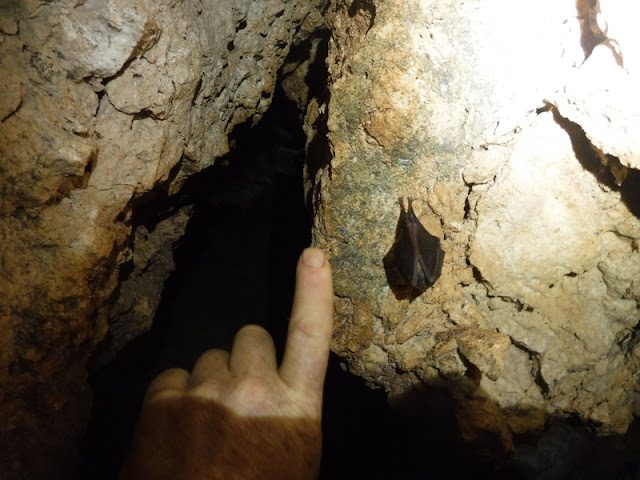 A tiny bat, bat colonies don't exist anymore compared with the past. Pesticides and loss of habitat have taken there toll. 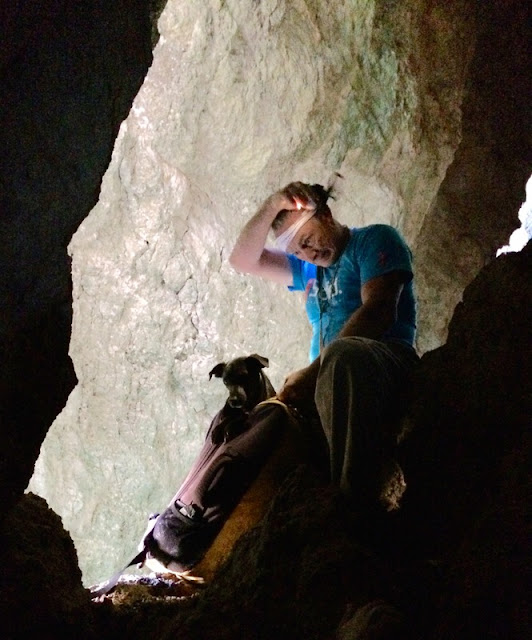 On this occasion the dog was bagged on three of the small steps. His eagerness to be independent  had to be controlled.

Just before one of the scrambles down into the abyss. 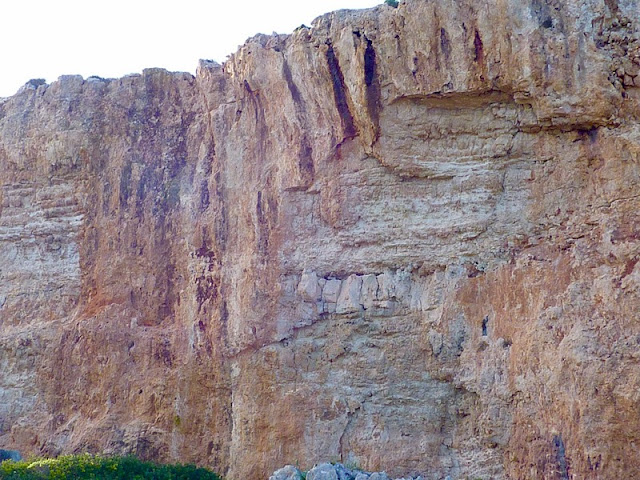 The cliff above contrasts in colour with the trench below. 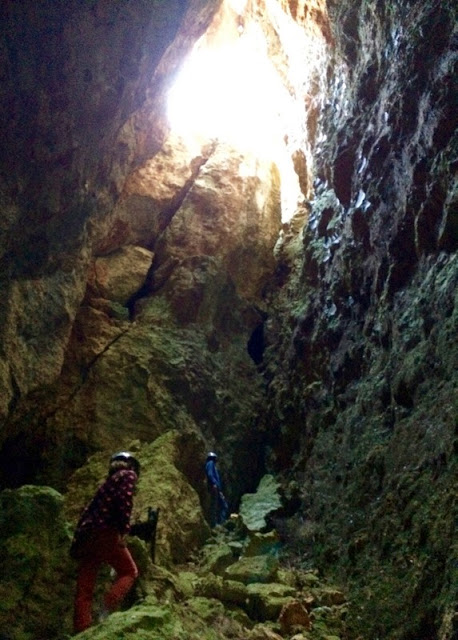 At the bottom of the biggest trench.

The route finding on the trip is hard, and at one point you go through a boulder chock in the floor to appear in a rift going back through the cliff. The route is counter intuitive, and perplexing at times, but very worth while. I don't recommend it for children, small dogs, or large people, due to, large holes, small holes, big gaps, lack of I Pads, and dog snacks. It is very dangerous due to a constant probability of grumpiness creeping on due to myriad questions like, "where do we go from here", when in fact I had forgotten. If you have the patience of a saint on Qua-lodes, and are interested in seeing something wonderful I might recommend it. I would probably not take the dog next time, he was too interested in the arboreal rats. The dog was the most obedient of the team, and liked it the most. Other general observations include kids need a bit of Carbohydrate every hour. Mantra that I remember, is "watch the drop, don't chase the rats, do as I say, be careful, smile, don't eat all the biscuits, leave some for the dogs and rats".