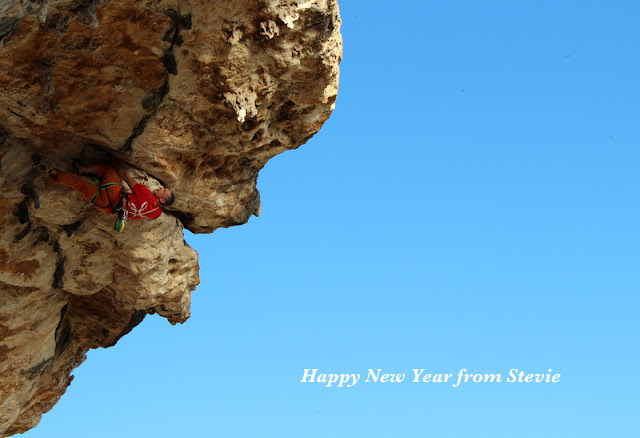 So I been bolting and climbing for the last month, it's been a bit frustrating with cold, and wind, and lack of partners, but it can always be a blue bird day like today. 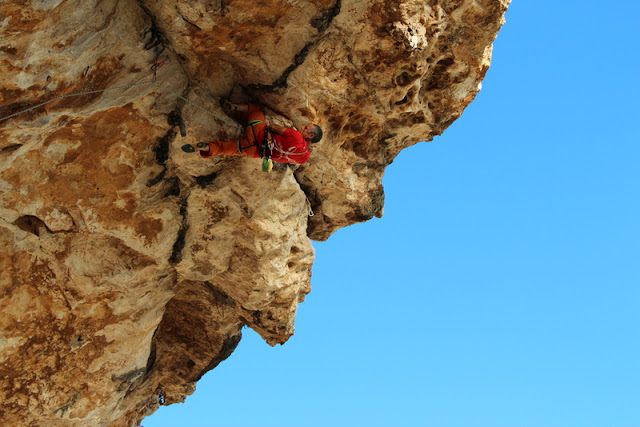 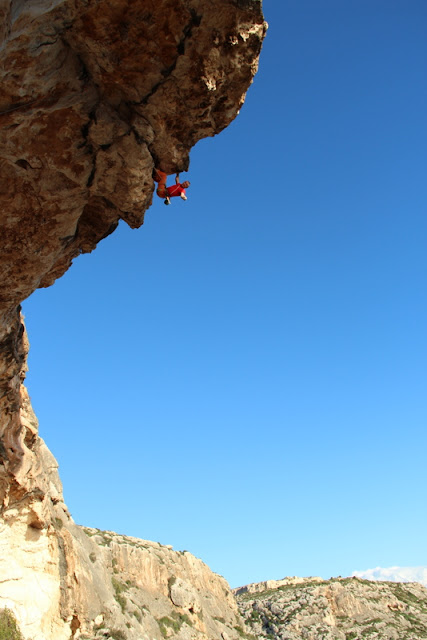 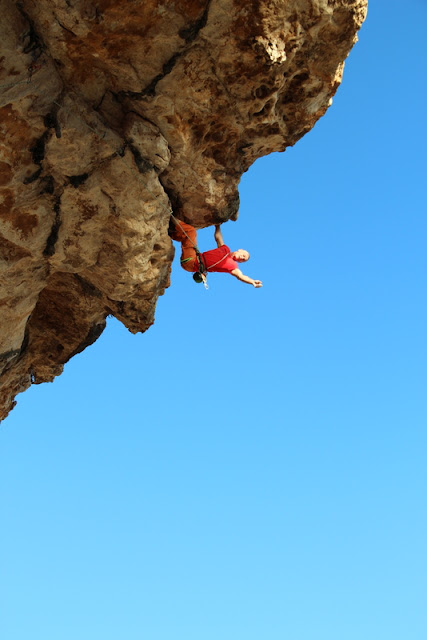 This is an 8a which I must say felt pretty tricky, it's on Malta not Gozo, with a sea view, lovely, balmy, warm breeze. 'Life is but a dream, merrily, merrily, merrily, we thug over roofs and gain the sanctuary of paradise.' Well for a moment, or two. I tried a project here, it nearly went, so there is something to do in the future, it will be nice to return. I hope you all are in the air, flying above the hum drum stuff.
Posted by Stevie Haston at 12:03