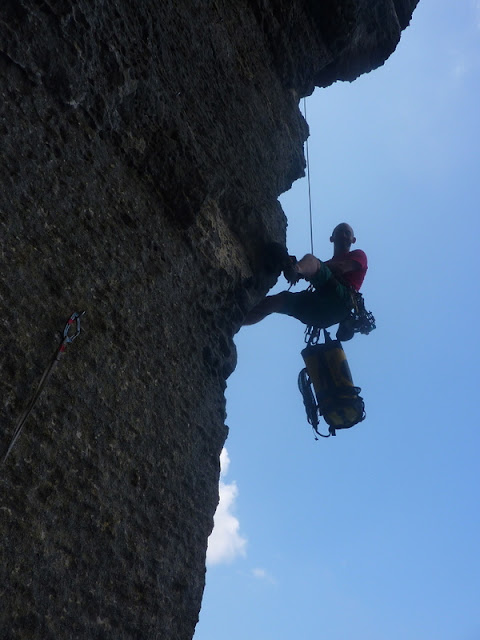 
So it was back to the grind stone, the Sisyphus Sacrifice, the pitting of flesh against very rough rock.  The "idea"was to get a route up the back of the Inner Sanctum, which would be accessible to lots of climbers so they could have a good touring experience! More like an opportunity to become incontinent. Well. After an airy abseil down Union City blues you access the first belay. 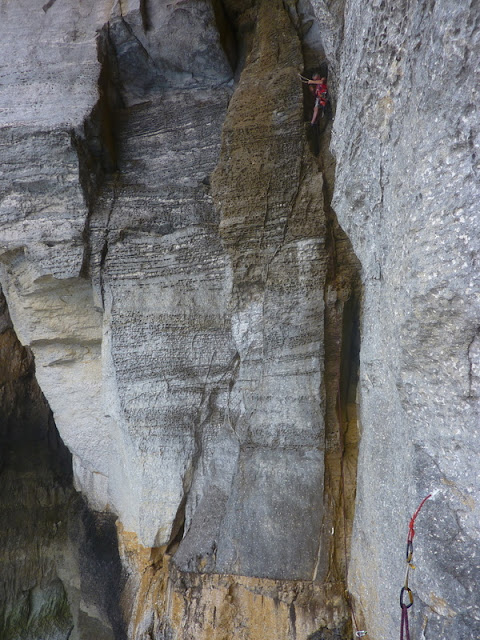 the chimney of acousticness.


From the belay you down climb a few moves, and access a pretty straight foreward chimney on bronze sand stone, which has some very interesting gout d'eau, it's marvellous. This leads to a perch, where you can parrot about, gibbering about how awesome it is, or how scared you are, depending on your need. 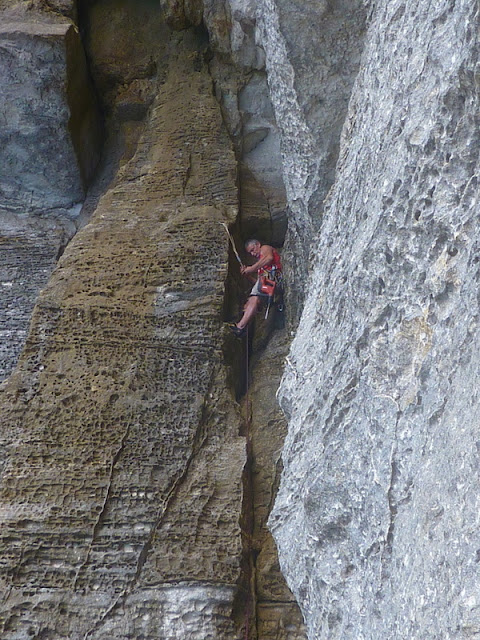 Now then from the airy perch of inconsequential chatter, you traverse horizontally left on a band of fossilised nodules, and weird petrified hopes of survival. I have put some bolts in this traverse, which should mean that you will be comfy. I was not comfy, I was a tadge fearful. Insecure hooks and a heavy amount of gear, caused some anxious moments, as rock and moral crumbled. 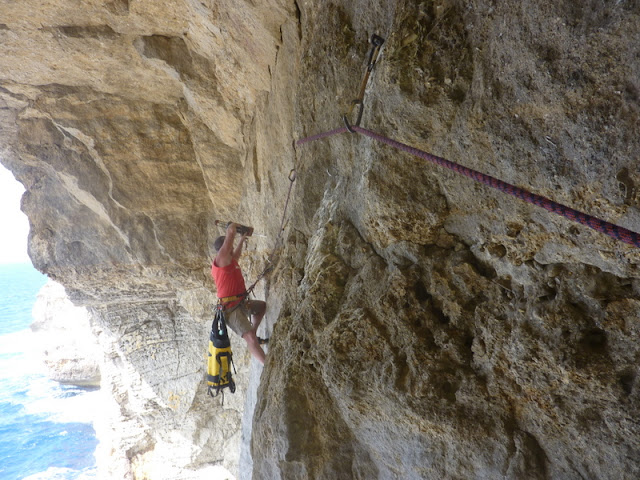 Anyway it's not quite finished. It will go free at a medium hard grade, but my idea is that you can do it with a grade of 6a+, and pulling on some bolts.  Hopefully it will take it's place as a little adventure in the colourful book of Gozo climbing. Probably two more days of work. Thanks to everybody who has helped with donations to the fund, Steve from London , Crusher from Colorado, Dino, Simon, and the Malta Climbing Club. Thanks to cousin Paul and Alex for the partnership.
Posted by Stevie Haston at 22:05